I am number 4
I did a bit of creature design on this one. Very fun monsters. 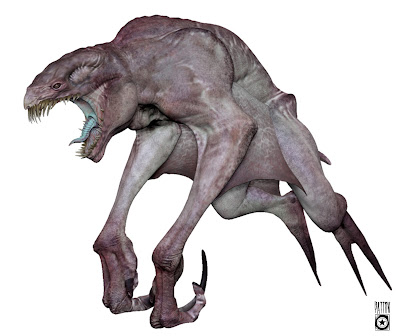 This is the final version of the Piken 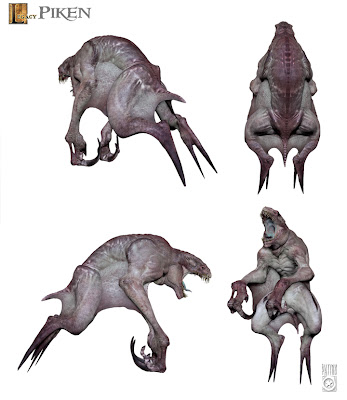 A better view of the wicked little beast 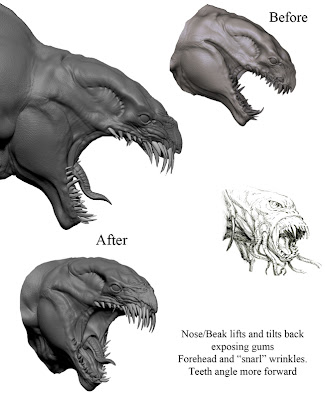 A good friend of mine Bernie Wrightson did a sketch of a mouth that had some
really cool protruding teeth so I threw them in and BAM! instant awesome! 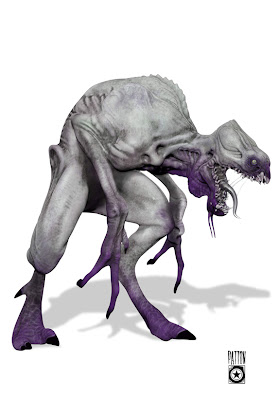 this was an early pass of the Piken, Spielberg wanted a "space raptor".
I may have gone a bit space chicken. 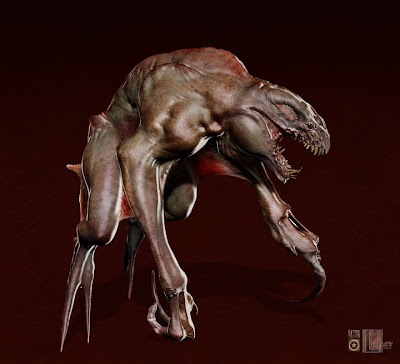 Again early version of the Piken 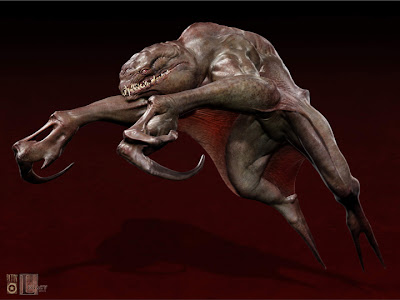 and now with the new flying squirrel attachment! 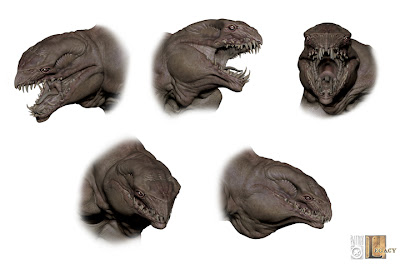 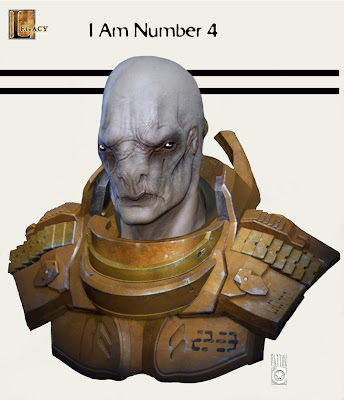 These guys were called the Mogs.
I have to say that my Mogs don't hold a candle to the ones that my Friend Simon Webber did.
We didn't end up doing the ones for the movie so who cares? 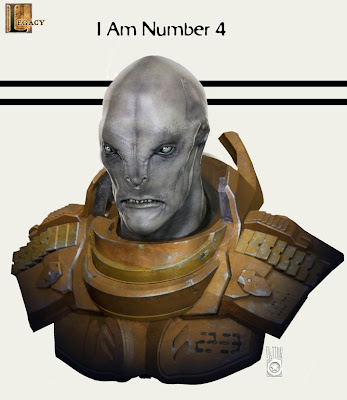 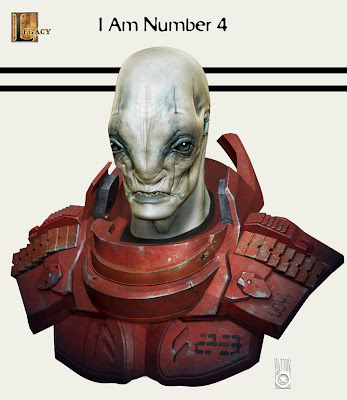 Email ThisBlogThis!Share to TwitterShare to FacebookShare to Pinterest
Labels: I Am Number 4